Split Tunneling Lets You Decide which Apps are Protected 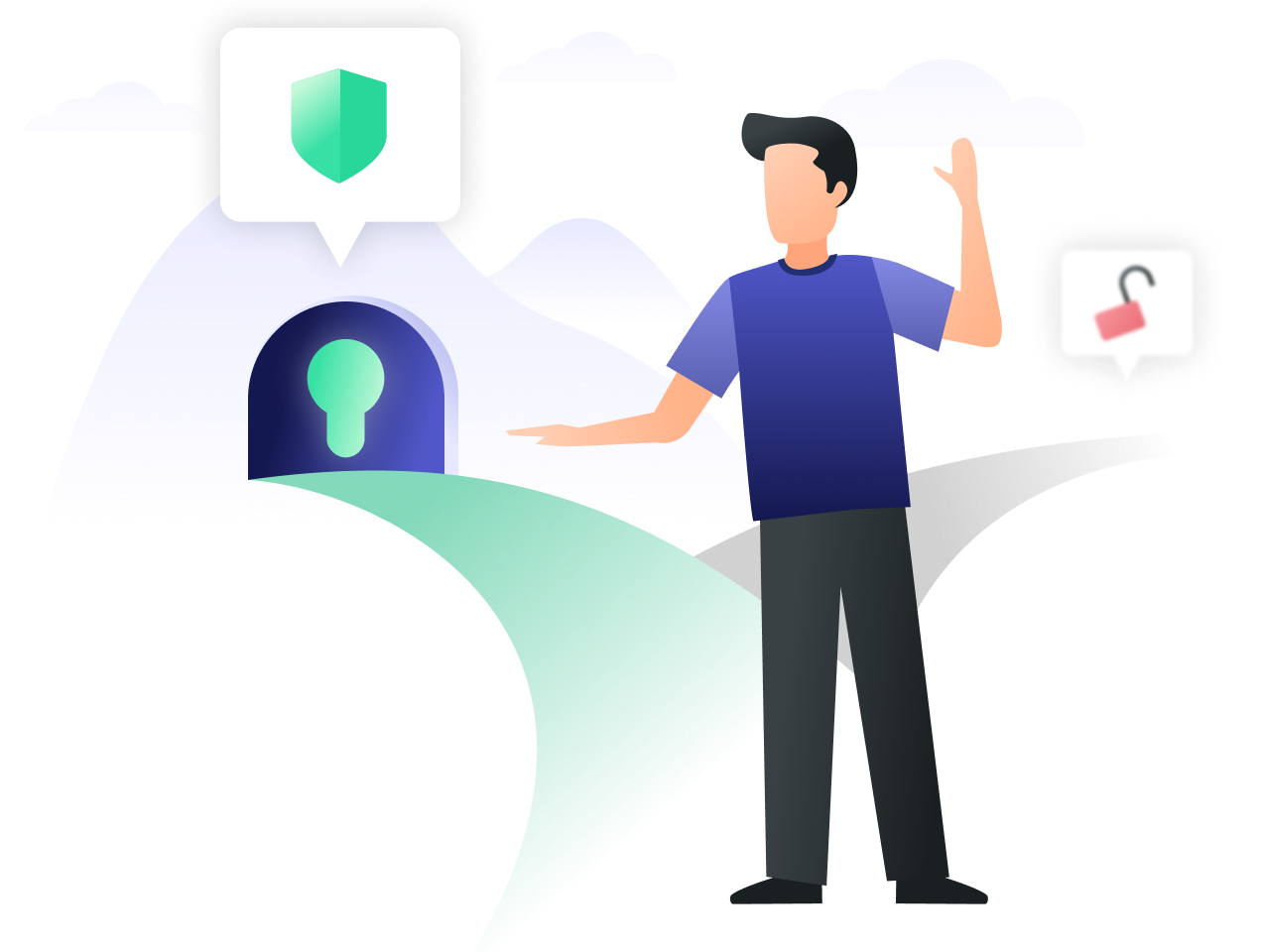 How Does Split Tunneling Work?

VPN Split Tunneling is a popular VPN feature for people who have limited Internet speeds or use services that would otherwise be blocked by your virtual private network. Rather than sending everything through the encrypted VPN tunnel, some apps can be excluded.

You also could use VPN Split Tunneling to access both foreign and local Internet services simultaneously. If you are trying to access content that isn't available in your region, you can do so while still browsing or downloading from local IP addresses.

These are only some of the Split Tunneling features you get on PrivadoVPN.

Why Would a VPN Split my Data?

When you have limited Internet speeds, using a VPN can noticeably slow down your apps. One way to deal with this is by using Split Tunneling, which excludes the apps you don't need to protect, freeing up more bandwidth for the important apps that transfer sensitive information.

Games can also be excluded in the VPN split. For simple games, especially, this can make a huge difference in latency and loading times.

Not all apps work well with a VPN, and can potentially not work while connected to the VPN server. This can cover games, local servers, restaurant apps, and several others.

With VPN Split Tunneling, you don't have to completely disconnect from your VPN in order to use any of these apps. Instead, you can exclude those apps from VPN protection. If they don't transfer personal information, you don't necessarily need VPN encryption and can bypass the tunnel.

What Are the Risks of Split Tunneling?

The biggest risk associated with VPN Split Tunneling is that you are voluntarily excluding certain apps from the protection that a virtual private network offers. If you aren't careful, you could put sensitive information at risk of being seen or recorded by your Internet provider or third parties.

The best practice for keeping your data secure while using VPN Split Tunneling is to only transfer your personal information like passwords, financial data, or downloads through a secure VPN connection. For apps that don't transfer that sort of information, you should be safe allowing them to be outside of the encrypted tunnel.

Get faster speeds and the best possible security by using a VPN. Connecting to a VPN protects your digital identity in two ways:

You can either pick a virtual location from any of the hundreds of available PrivadoVPN servers or let our app find the best server for you. Sign up today and connect to our ultra-fast servers to protect your Netflix account.

What are the benefits of Split Tunneling on your VPN?

Split Tunneling with your VPN gives you greater control over your data transfer. It allows you to choose what apps will be protected by the VPN tunnel. Not every Internet service needs to be protected by a VPN, like recipe apps or mobile games, and it could be slowing your connection.

By excluding those apps from the VPN tunnel, you could experience faster Internet speeds, unblock apps that don't work with your VPN, or access both foreign and local data at the same time.

A VPN works by building an encrypted tunnel between your device and the device you're trying to access. The history of VPNs starts with the development of tunneling protocols, in fact, and we still use them to control how the VPN handles data.

A VPN tunnel is the data that surrounds your data while it's being transferred to keep other people from being able to see it. To make split tunneling work, PrivadoVPN doesn't access the data from apps that you exclude.

Why don't all VPNs have Split Tunneling?

Not every VPN thinks that split tunneling is worth the effort. By giving users the opportunity to exclude certain apps from VPN access, they are opening their subscribers to potential risk. The investment of time and resources it takes to include split tunneling into their VPN apps is never even considered.

However, we find that this is a very US-centered view on the part of these VPNs. Many European, Asian, African, and South American countries don't have the infrastructure for high speed Internet. They are much more limited by local bandwidth, so it's imperative that they be able to choose what to spend that on.

However, just because their Internet isn't particularly fast doesn't mean that they don't need protection for their personal data.

Currently, we only support Split Tunneling for Windows, Android, and Amazon devices. Our developers are working on expanding the VPN feature to our iOS and macOS apps.

Now you can secure up to 10 Internet connected devices with a single PrivadoVPN Premium account. You no longer need to worry about whether to activate your VPN on your laptop or your phone, you can protect them both, as well as the phones, tablets, and media devices of the rest of your family.

Protect all your desktops and laptops from spying and anonymize your online activity on multiple simultaneous connections at home or out and about with the PrivadoVPN app.

On a phone or a tablet, you can make sure that everything you send and receive on it is encrypted, sent through a secure tunnel, and routed through our extensive network of global servers.

Whether you're watching on an Internet-ready TV or using an add-on device, you can ensure you're getting private Internet access and safe connections with PrivadoVPN.

You don't have to choose what devices to protect while you're at home. Install PrivadoVPN on your router and protect multiple devices connected to your network.

Never get locked out of regional content again. Use the free PrivadoVPN app on up to 10 connections at the same time with a premium membership and know that your connection is secure whether you're chatting on your phone, watching a video on your TV, or browsing the 'net on your laptop. Build an encrypted tunnel right through to that show, movie, or video.

PrivadoVPN has a premium network and we own a lot of our own equipment. We use the latest protocols, industry leading architecture, and a dedicated development team to make sure your private information stays private while not slowing you down. You don't sacrifice performance for privacy with PrivadoVPN.

Set up the PrivadoVPN SOCKS5 proxy on your favorite download client to get the fastest possible speeds with a secure IP address. Keep your file transfers safe and anonymous without sacrificing speed, no matter who's looking.

Get access to cities in countries, so you can be virtually anywhere, including Amsterdam, Chicago, Hong Kong, or London. Bypass government censorship and unlock content wherever you happen to be.

Easy to Use Apps

It's simple to use PrivadoVPN. Just download any of our free apps for Windows, Android, Mac, iPhone, iPad, Android TV, or Amazon Fire TV Stick. You'll be able to protect your data with the push of a button.

Decide which apps get the full protection of PrivadoVPN and which don’t need it with Split Tunneling. This feature gives you complete control over how your data is encrypted while you’re online, app by app.

Get PrivadoVPN for Free Today to Protect Your Privacy