What Is My IP Address?

See how easy it is to get identifying information about you online with only your IP.

Your online activity is visible to governments, corporations, hackers, and your Internet service provider.

Your IP address is being hidden by the PrivadoVPN network.
Hide My IP Address
30-Day Money-Back Guarantee
Available For:

Start using the Internet as normal, but protected from spies, snoops, and threats.

What is an IP Address?

Learn what an IP is and why it's so important  to keep your IP private online.

You may be wondering, "what is my IP?" As in, "what is this number that is so important?"

An IP address is the way that your computer, phone, tablet, or any other device is identified on the Internet. Every IP address is attached to specific information including where it is located, what Internet service provider (ISP) is running it, how long it's been used, and more.

IP addresses are used for everything from making sure you get the website you want to see to determining where you are for geographic content restrictions. They are necessary for the Internet to function properly, but also a potential security risk if you're not careful. 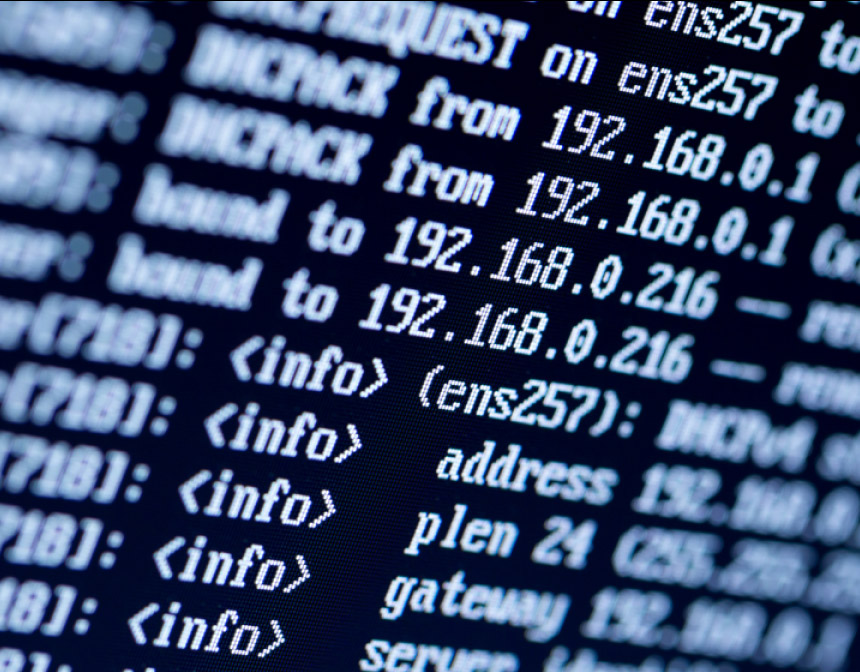 PrivadoVPN protects your private data by changing your IP address. Instead of connecting to other computers directly, telling them exactly who and where you are, you connect to one of our VPN servers first. From there, all other connections look like they're coming from our computers' IP, not yours. And since we are a no-log VPN, we keep no records of your Internet activity.

What Can an IP Address Show?

See what your IP can show to others online with very little effort on their part.

IP addresses are attached to a whole host of potentially sensitive information about you. And in some cases, they can be seen by governments, corporations, and hackers with hardly any effort at all.

Because IP addresses are sold to ISPs, knowing your IP can make it easier to find out all sorts of information about you including your: 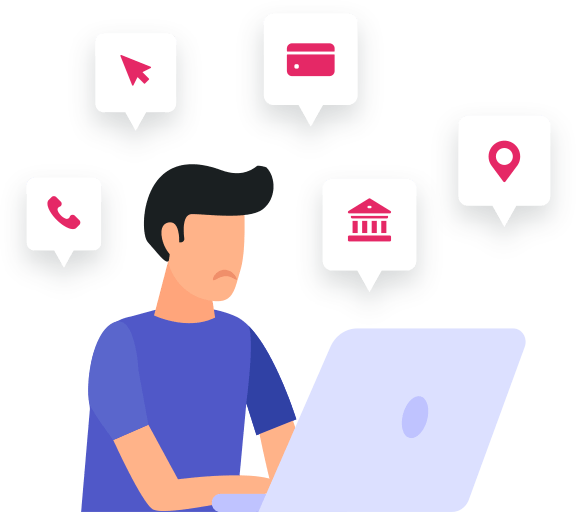 At PrivadoVPN, we buy IP addresses right from the ISPs. Each one that you get leads back to us. And because we don't keep logs of your private Internet activity, you don't have to worry that any of the above information is connected to your IP.

You also can feel safe knowing that your real IP address won't be attached to cookies and other website tracking software that can record information about you to sell to marketers.

Why do my online devices need an address?

"What is my IP doing for me?" you might be asking yourself.

The way that the Internet works, every time you try to access a website or service, the first thing your computer does is try to find it. But, just like in real life, where it would be impossible to find somebody without their address, computers also need to know exactly where to find what you're looking for.

It does this with a series of numbers called an IP address. The IP of every device on the Internet is registered with The Internet Corporation for Assigned Names and Numbers (ICANN). They are a nonprofit organization that keeps track of what every IP address is, where it is located, and what domain names are assigned to them. From ICANN, other servers are fed this information to keep everybody up to date on how to access online services.

Without an IP address, your device couldn't be located online, so it couldn't be sent the data it requested, like the website you want to look at or the movie you're trying to stream.

How do I keep my IP private?

The easiest way to hide your IP address is to use a VPN to "mask" your IP. IP masking means hiding your true IP address by first connecting to another server. Once you're connected to a VPN server, for example, all of your data is routed through there. Instead of directly asking for information, you ask the VPN to get the data for you. It then makes the requests using its IP address, and you get to remain anonymous.

Can somebody find my location with an IP?

Yes, it is trivially easy for people to find out at least your general location if they have your IP address. And with the extra information that an IP might contain, somebody could find your actual address, your passwords, even your social security number.

Masking your IP with a VPN is crucial to keeping your personal information safe and secure.

How do I hide my location online?

It's very easy to hide your location online. The simplest way to keep your location private is to connect to a virtual private network like a VPN.

When you connect to the VPN server, you have limited how many outside computers will know your true IP address to only one: that specific server. From that point, you tell the VPN what you want, and the VPN collects the information on your behalf, passing it safely back to you. It's like sending a personal assistant out on errands for you. Nobody sees you buying clothes or banking, they only see the assistant.

This is especially helpful when it comes to things like P2P file transfers, which directly connect two or more computers into a cluster that can easily see the IP address of every other device in the cluster.

What is the difference between IP v4 and IP v6?

When the Internet was first conceived, nobody could have guessed how popular it would be, or what an important part of our lives it would become.

IPv4 is the first deployed version of the Internet Protocol and uses a 32-bit address scheme that generally looks like this: 192.168.1.1. It applies to both public and private connections. When this was created, scientists didn't think we would need more than the approximately 4 billion permutations that that sort of scheme allows, and it's lasted quite some time. In fact 94% of Internet traffic uses IPv4 to track the location of devices online. But we are rapidly approaching a point where more than 4 billion devices might access the Internet at once, and all of them need an IP.

IPv6 is a major improvement on IPv4 and more forward looking. It uses a 128-bit, alphanumeric scheme to address devices online. This method allows up to 340 undecillion addresses to be used at once.

There are a couple of reasons. The first is that the Internet is huge and very important. Like an enormous ship, it can't turn on a dime, so even though IPv6 was invented in 1994, it will take a long time to implement it. Also, this is the fundamental code of the most powerful communication tool ever created: they have to be careful that there are no bugs or the results could be catastrophic.

In its current form, IPv6 also can't do a lot of what IPv4 can. In some cases, computer scientists are working on ways to make the new protocol handle the same services as the old one. In other cases, IPv6 actually accomplishes tasks in a superior way to IPv4, so we have to wait for those methods to become more mainstream.

That being said, IPv6 is coming. My IP, yours, everyone's will be using this protocol.

What is an IP Leak?

An IP leak is when your true IP address, with the associated private data, is visible to third parties. Many security tools are meant to prevent an IP leak, but may still allow your activity to be seen. Even a few seconds of vulnerability can reveal banking logins, your social security number, or other important activity.

Don't risk your private data on insecure connections. Always use a VPN when you're surfing the Internet.

See What Our Users Have to Say

Works great, just as good as any competitor without the huge prices they charge.

Fantastic service, speeds were fast and snappy. Customer support excellent to work with.

Good service overall. Quite reasonable price and no issues with streaming. Good country selection list through the apps (using ios and Windows).

PrivadoVPN is great! I use it all the time on my computer and phone. Never had a disconnection issue or data problem. Really happy that I went with the paid plan.

Without a doubt, this is the easiest and most reliable VPN I have ever used. I have it on my work computer and at home, and it's been so helpful in keeping me protected no matter where I am or what I'm doing. I can't believe more people don't use this VPN. Love it!

Now you can protect up to 10 Internet connected devices with a single PrivadoVPN Premium account. You no longer need to worry about whether to activate your VPN on your laptop or your phone, you can protect them both, as well as the phones, tablets, and streaming media devices of the rest of your family.

Protect your desktops and laptops from spying and anonymize your online activity at home or out and about with the PrivadoVPN app.

On a phone or a tablet, you can make sure that everything you send and receive on it is encrypted, sent through a secure tunnel, and routed through our extensive server network.

Whether you're watching on an Internet-ready TV or using an add-on device, you can protect your stream with PrivadoVPN.

You don't have to choose what devices to protect while you're at home. Install PrivadoVPN on your router and protect everything connected to your network.

PrivadoVPN Offers All of These Amazing Features

PrivadoVPN's premium network is the fastest, most secure on the planet. We use the latest protocols, industry leading architecture, and a dedicated development team to make sure your private information stays private while not slowing you down. You don't sacrifice performance for privacy with PrivadoVPN.

Use the free PrivadoVPN app on up to 10 devices at the same time with a premium membership and know that your connection is secure whether you're chatting on your phone, streaming video on your TV, or browsing the 'net on your laptop. Build an encrypted tunnel right through to that show, movie, or video.

Set up the PrivadoVPN SOCKS5 proxy on your favorite P2P client to get the fastest possible downloads with a secure IP address. Keep your peer-to-peer transfers safe and anonymous without sacrificing speed, no matter who's looking.

Get access to countries and hundreds of servers, so you can be virtually anywhere. Bypass government censorship and unlock content with ease wherever you happen to be.

Pick a Plan to Set Your Virtual Location

Secure Your Connection Today with PrivadoVPN